Posted by Richard Carlsson at 21:34 No comments:

The Case of the Flaky TV Remote

Been quite annoyed lately with the crap digital TV box we have. Or, in particular with the remote control. It was glitching a lot, only reacting to about 20% of keypresses - felt like the keys were giving up or the IR circuit was flaky. To switch channel, you had to press it repeatedly and swear a lot. Well, technically, the swearing was optional. And actually, it was my wife who was most affected by the problem, since she's the one who watches TV in this house. I was mainly being annoyed by proxy and because I'm the one who has to try to fix the problem.

Today, I tried again. I checked with the camera on my phone that the IR lamp seemed to work - and I noted no glitching. It reacted immediately to all keypresses. So I cleaned the front of the TV box to make sure the receiver wasn't being blocked. Then I tried it out - and it worked surprisingly well. No problems at all in fact. It behaved just as when new (still a crap box, but a working one).

So she got ready to sit in front of the TV, and turned on a couple of smaller ambience lamps. I was still fiddling with the remote, and said "No, I was wrong, it still glitches". Then I had a thought: "Wait - turn off that lamp again." Remote worked. "Turn it on." Glitching again. Facepalm. For the better part of a year, we'd been trolled by interference from a cheap low-energy light bulb. A quick googling confirmed that this was indeed a well known problem, but not one that I had heard about before.

Posted by Richard Carlsson at 21:26 No comments:

If you've played the classic point-and-click adventure Grim Fandango, you probably remember the Department of Death building where the game starts out. But did you know that it was based on a real building? The place is 450 Sutter Street, San Francisco, and it is covered in Aztec Art Deco, for real. On my recent trip to SF, I had the opportunity to check it out. Was not disappointed. Would have been nice to be able to go up to a skybar or similar though. Preferably with the option to go onto the roof and feed the pigeons while carrying a balloon animal looking like Robert Frost.

Also, I always thought that the hidden elevator (spoiler warning) in the pavement in the alley behind the DoD was a contrived idea that someone made up just for the game. But these are actually common in San Francisco - see the last picture. They are used to bring stuff in from delivery trucks in the street directly to the basement level of buildings (e.g. hotels), take out garbage, etc.

Now go play the game again. What are you waiting for? https://www.gog.com/game/grim_fandango_remastered

And while you're at it, go get Day Of The Tentacle (Remastered) as well! https://www.gog.com/game/day_of_the_tentacle_remastered 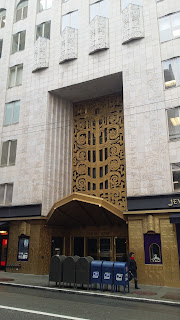 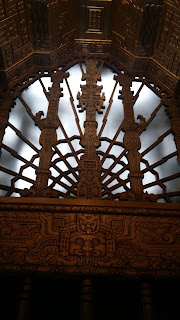 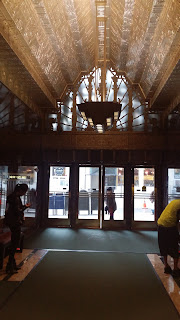 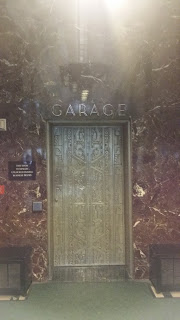 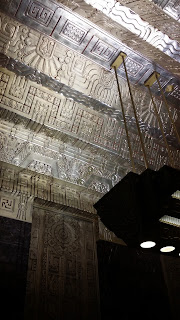 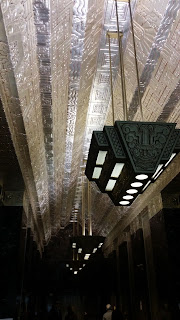 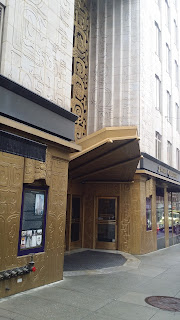 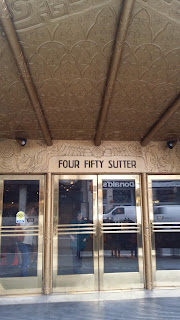 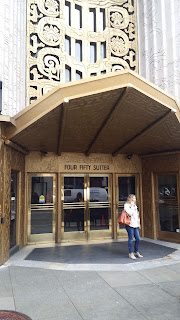 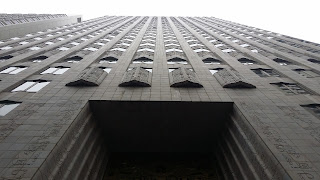 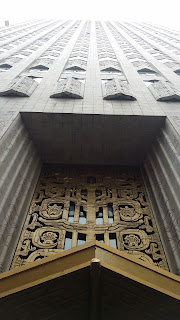 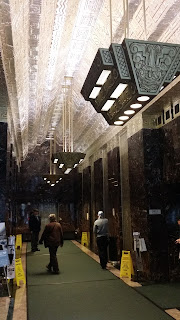 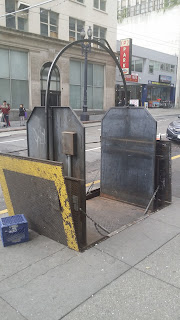 Posted by Richard Carlsson at 21:20 No comments:

Got myself a new mug to match that keyboard. 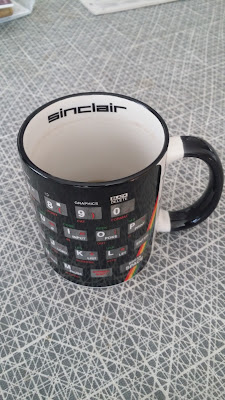 Posted by Richard Carlsson at 21:12 No comments:

So I got myself what has to be the nerdiest bluetooth keyboard in the world: http://sinclair.recreatedzxspectrum.com/

Quite expensive too, for a bluetooth keyboard. But build-wise, it's a perfect replica of the ZX Spectrum we know and love. Feels exactly right and has the correct key labels. Which means that used with a decent emulator, it recreates the feeling of typing on a real Speccy (without resorting to blind hunt-and-peck which is generally the case if you use a PC keyboard).

And after some fiddling with figuring out how to unlock the full bluetooth QWERTY mode as well as the Speccy-specific mapping, I can confirm that it works as advertised as a generic keyboard for Android, iOS or Windows.

I only had to ask myself, "can I think of anyone who's a more suitable target for this product" to realize that I really had to get it.

It's certainly not for fast touch typing, but programming on a Speccy was more like playing chords on a weird instrument. You didn't need to type e.g. "RESTORE", you'd just press a combination of shifts and an S and then on to the next word. I could throw together long lines of Basic way faster than anyone with a Commodore. As a bonus, you could use it as an eraser just by turning it over...

(2018 update: In the end I was pretty disappointed with the unpolished final state of the Android app, and I never really used it for Speccy gaming. On the other hand, I've used it as a keyboard for my PS3 and my Raspberry Pi RetroPi Emulation Station, and that gives me a warm fuzzy - and rubbery - feeling.) 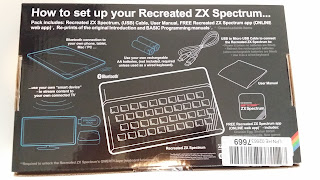 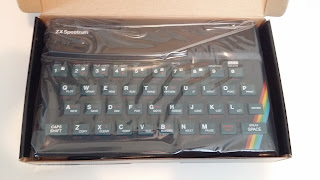 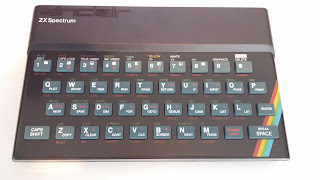 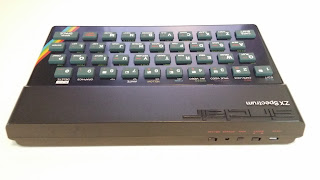 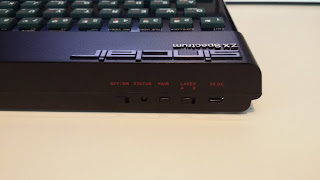 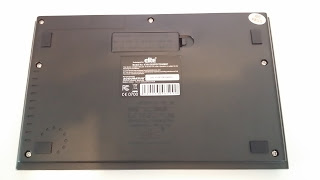 Posted by Richard Carlsson at 21:10 No comments:

Wow, someone put up a video of running my old Speccy emulator on an Amiga. :-)

Posted by Richard Carlsson at 20:57 No comments: 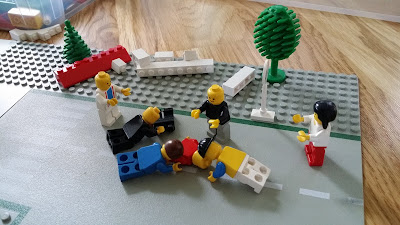 Posted by Richard Carlsson at 20:54 No comments: